A majority of opposition parties, including the Congress, have demanded a return to ballot paper or cross-checking of at least 30 per cent of the Voter Verifiable Paper Audit Trail (VVPATs).

The demand was put forth at an all-party meet convened by the Election Commission Monday to discuss electoral reforms. Critics, however, believe that the opposition is grasping at straws to justify its losses.

ThePrint asks– Opposition wants paper ballot in 2019: No faith in EVMs or excuse for fear of losing to BJP?

The opposition to EVMs is as old as the EVM itself 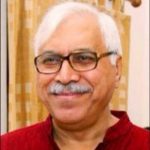 The question is whether the opposition’s demand to replace EVMs with ballot papers is borne out of their mistrust of technology or the fear that PM Modi can manipulate the machines. It’s not a question of either /or. It’s probably a combination.

We must remember that the opposition to EVMs is as old as the EVM itself. Every party has questioned these machines at some point or the other, including the BJP. In fact, the BJP’s opposition to it was the strongest and loudest when G.V.L. Narasimha Rao wrote a book titled Democracy at Risk! in 2010.

Subramanian Swamy even challenged these machines in the Delhi High Court and the Supreme Court. The apex court in 2013 accepted the Election Commission’s statement that it was already working towards the introduction of voter verifiable paper audit trail (VVPATs), which was the main demand in the petition.

In an all-party meet called by the EC in October 2010, when I was the Chief Election Commissioner, political parties had accepted our assurance that we would develop VVPATs. From 2014, all state elections have been smoothly held with VVPATs.

In this backdrop, why this sudden cacophony against the machines by the opposition? Many leaders have pointed out that in the elections and by-elections in UP, the voting pattern was surprising and defied all electoral arithmetic. This is what created doubt in the minds of the critics that the machines were manipulated. They seem to have full faith in the PM’s magic powers!

Recent malfunctioning of VVPATs in UP and Karnataka by-elections gave further fillip to the demand.

Democracy is all about perception and trust in the system. Because of the noise created by the political parties, public perception about the machines is getting severely damaged. The EC must do immediate damage control by taking political parties into confidence by explaining all the safety features of the EVMs.

Demand for paper ballots is nothing but political gimmick 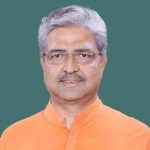 It is extremely impractical to use paper ballots. I have been part of the election process when those were the norm. Counting and sorting used to take a lot more time, even over 24 hours at times. It made the process very lengthy.

Moreover, with the paper trail and the right attitude of the Election Commission, if one finds a chink in the block, it will be addressed. The EC will ensure that it doesn’t occur again. The paper trail makes the election accountable and transparent.

One must remember that the magnitude of the job is enormous. Lakhs of people come to vote at every other polling station. It is impossible to tackle this with paper ballots.

The opposition’s demand also makes one wonder that if the EVMs are rigged in favour of the Centre, then how is that the ruling party lost in Delhi and Punjab? If the government can influence them, why did it fail? The same result repeated itself in the UP by-elections. How come there wasn’t any objection to EVMs in those places?

It is also completely wrong to assume that EVMs are more likely to be rigged than paper ballots. Booth capturing doesn’t take place that easily, especially when central forces are deployed to ensure fair elections.

The need of the hour is to make the election process cheaper, given that it is still too expensive. We are moving in the right direction in terms of technology. This demand for paper ballots is nothing but a political gimmick.

Not regressive to use paper ballots, many developed countries use them too 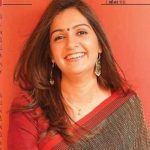 Using paper ballots for registering votes isn’t something that will push India back by decades; many developed countries use paper ballots after having tried EVM machines in their elections. This isn’t a demand exclusive to India. The Netherlands, Germany, Japan and certain states of the US have discontinued the use of EVMs.

Since 2014, there have been many instances of EVM machines failing and voters complaining that their vote was getting cast for candidates other than those they intended it for. These concerns are being raised across states and political parties, but aren’t being addressed in an emphatic manner by the Election Commission.

G.V.L. Narasimha Rao, member of the BJP, wrote a book called Democracy At Risk! Can We Trust Our Electronic Voting Machines? highlighting the hacking concerns, which were endorsed by L.K. Advani as well. If there is a possibility that EVMs can be tampered with, then this could compromise the very essence of our democracy. Every vote counts and if it is being botched, then that is a real betrayal to the country. We can’t be in denial of these very legitimate concerns being raised across India. 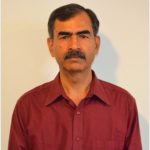 In certain elections over the last few months, there has been a suspicion in the minds of a large number of people – including opposition parties – that EVMs can be hacked so that the results favour a particular political party.

The EC is strongly opposed to this view, and has full faith in the EVMs and the VVPAT system. They’re now in the process of getting more EVMs and VVPATs. But the issue is that in spite of the EC having an elaborate system of checks and balances and storage of EVMs, whereby they say no other agency can get hold of them, there are possibilities of EVMs being tampered.

EC maintains that EVMs are tamper-proof because they are not connected to the internet and are standalone machines. But since there is suspicion about whether the ballot, which is cast through the EVM, actually goes to the party/candidate, the EC needs to generate more faith in the system.

However, the demand of the opposition party to go back to paper ballots is also a retrograde demand. It leads to various other issues such as booth capturing and ballot box stuffing – the EVM system was introduced to check these problems.

To enhance and increase the faith of political parties and voters in EVMs, the EC needs to take proactive steps to make it more reliable. They need to increase the number of EVM machines connected to VVPATs. They need to improve the technical efficiency of VVPATs – there were incidents of VVPAT overheating. They need to make the paper and ink better so that it doesn’t get obliterated over time.

When opposition parties win election, they don’t find faults in EVMS. Only when they lose, they bring up this issue. That being said, faith of the voters as well as political parties is important and needs to be ensured.

If hacking EVMs was so easy, Congress would still be ruling 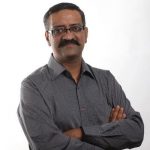 The Congress and several opposition parties have demanded that the EVMs be dumped and future elections be held through paper ballots. The reason behind the demand is the suggestion that the BJP has been hacking the EVMs to win election after election.

The demand isn’t surprising, especially in view of the fact that barring Punjab, which the Congress won, the opposition has found it difficult to stop the Narendra Modi election juggernaut. The simple counter to that is: if hacking EVMs was so easy, wouldn’t the Congress still be ruling us?

What is surprising is that even the Shiv Sena, a key BJP ally, has supported the demand.

The demand is juvenile and shows the opposition is incapable of taking on the BJP politically. With the kind of well-oiled election machinery that the BJP and the RSS have already put in place, even the ballot paper may not help the opposition much.

Except for some opposition parties like Mamata Banerjee’s TMC, Lalu Yadav’s RJD, Mulayam Singh Yadav’s Samajwadi Party, no other significant opposition party has the muscle – political as well as physical – to take on BJP-RSS cadre.

In order to win, the opposition needs to do two things – get together and gets its (combined) act together. Blaming the EVM for its inability to effectively counter the BJP propaganda machinery won’t help much.

Is the EVM hack-proof? The question can’t be answered with a simple yes or no. The demand for a return to the ballot papers could easily be offset by putting in place a fool-proof system to ensure transparency in the voting process. The introduction of the VVPAT and the plan to tally the VVPAT slips would do the trick.

Compiled by Deeksha Bhardwaj and Fatima Khan, journalist at ThePrint.