This is the season of report cards. From the Prime Minister to the Government to Students, everyone’s performance is measured. So we wanted to do a quick check on the Members of Parliament (MPs) of the 16th Lok Sabha in terms of their performance on the floor of the house & the amount of Salary (including allowances) they took home.

(A similar analysis for the entire 15th Lok Sabha is available here).

The 16th Lok Sabha met for a total of 90 days till date in four different sessions. The average attendance of the entire house was at 85%. A total of 43 MPs made us proud with 100% attendance. These 43 MPs come from six different parties, the BJP, Congress, AIADMK, Shiv Sena, BJP & the TRS. President Pranab Mukherjee’s son, Abhijit Mukherjee also has a 100% attendance record.  25 MPs had an attendance of less than 50%.

(Note: Ministers of the Government are not required to sign and hence their attendance is not tracked in the Lok Sabha) 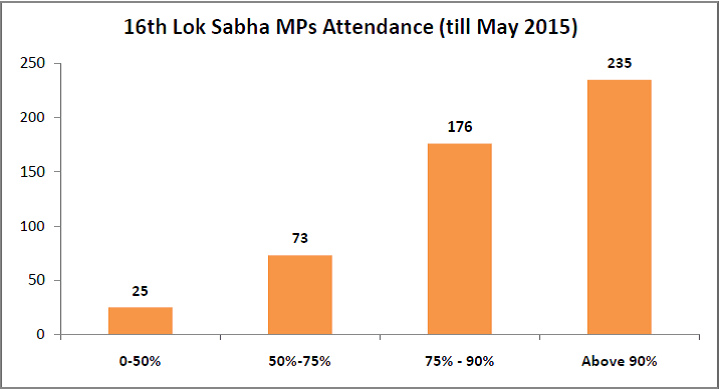 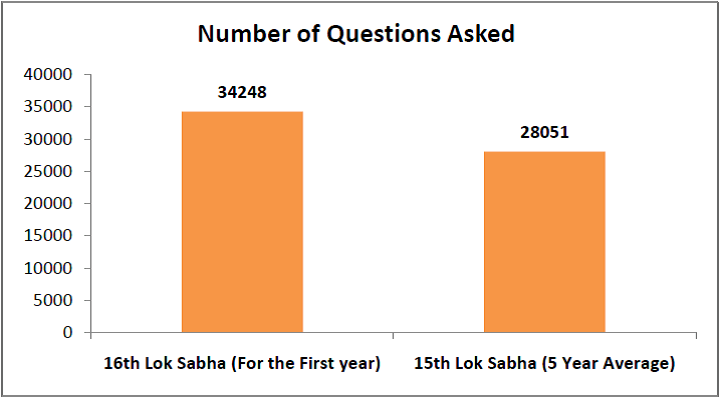 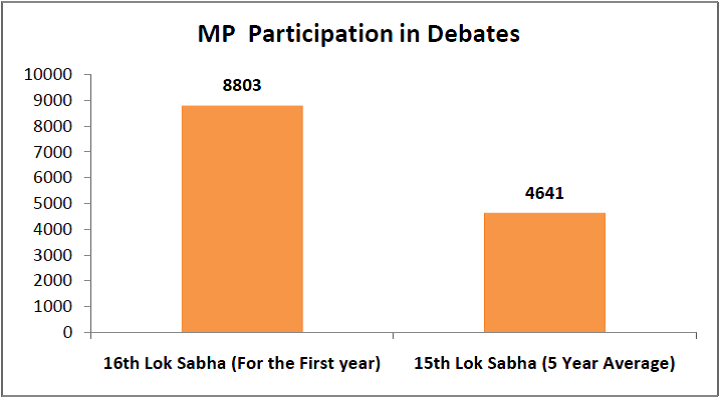 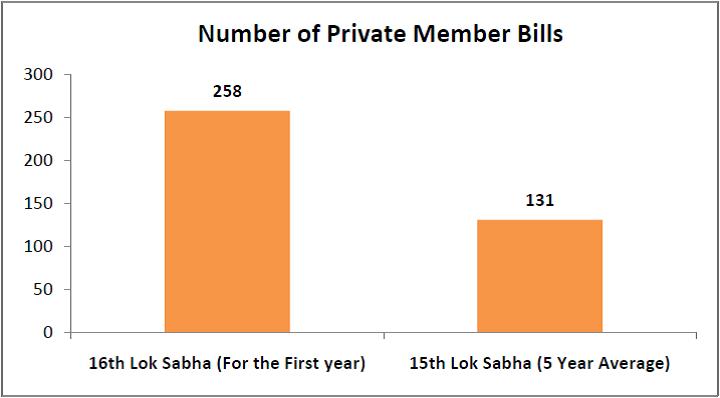 Apart from the other facilities extended to MPs, each MP is entitled to the following every month. Ministers of the Government are not included in this list since they get their salaries from the Government, which is more or less similar to the MPs of the Lok Sabha. Ministers are entitled to a few extra benefits as compared to the MPs. The detailed information on salary & allowances to MPs can be found here. 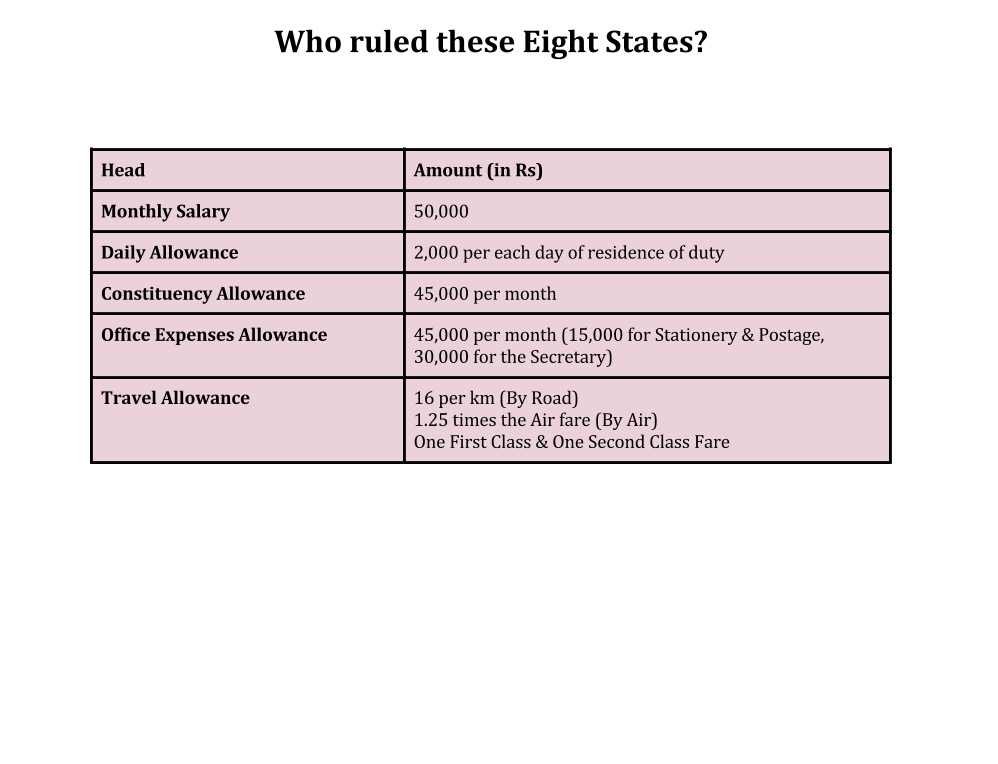 The travel allowance is in addition to the travel benefits for MPs. Data for the 16th Lok Sabha is available only up to March 2015 i.e., first 10 months of the 16th Lok Sabha.  All the calculations & numbers below are excluding the office expenses allowance.

As per the available data, close to 112 crore rupees were spent on the 16th Lok Sabha MPs till date. In other words, the average take home of each MP is close to 20.5 Lakh rupees for these 10 months. 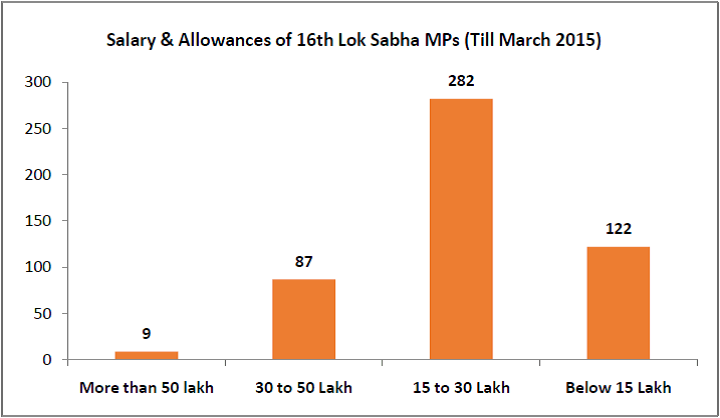 The MP from Andaman, Bishnu Pada Ray took the highest amount home (Rs 72.56 Lakh rupees). This could be because of the high air fares from Andaman to Delhi. More than half the MPs took home anywhere between 15 and 30 lakh while 9 MPs took home more than 50 lakh rupees.