The Centre’s disregard for procedure and recommendation when it comes to Justice A.A. Kureshi is mysterious and telling.

Consider the following sequence of events:

In March 2004, he is appointed as an additional judge in the high court of A.B.C.

In November 2018, the chief justice of the high court of A.B.C. is appointed as a judge of the Supreme Court of India with effect from November 01, 2018.

On November 15, 2018, Y.M. joins as a judge of the high court of DEF, where he becomes number three in seniority.

Now, on May 10, 2019, the collegium recommends the appointments of chief justices for four high courts.

One of the four judges is Justice Y.M., who is recommended for appointment as chief justice of the high court of K.L.M.

On May 22, 2019, one of the four recommended for appointment as chief justice of a high court, is duly appointed.

The “notification” issued by the government of India says that under “the powers conferred by Article 223 of the Constitution of India, the president is pleased to appoint Justice X.X.X, senior-most judge of the K.L.M. high court, to perform the duties of the office of chief justice of that high court with effect from June 10, 2019, consequent upon the retirement of Justice Y.Y.Y, chief justice, K.L.M. High Court”.

There is no action or information on the recommendation for appointment of Justice Y.M. as chief justice of K.L.M. high court.

On July 3, 2019, the Advocates Association of the high court of A.B.C. – Justice Y.M’s parent high court – files a public interest litigation (PIL) before the Supreme Court. It requests the court to direct the Union government to appoint Justice Y.M. as the K.L.M. court chief justice. Second, it prays for the court to establish that the Union must conduct the process of reviewing all future recommendations within six weeks.

On July 15, 2019, the first hearing of the PIL is held. The Supreme Court says, “A copy of the writ petition be served on the office of the learned Solicitor General of India, who will obtain necessary instructions in the matter. List the petition on 22.7.2019.”

Come July 22, 2019, the Supreme Court’s order said, “List the matter on 2.8.2019 to enable (the) learned Solicitor General of India to obtain necessary instructions.”

The government of India is, thus, given 11 days to decide the issue. 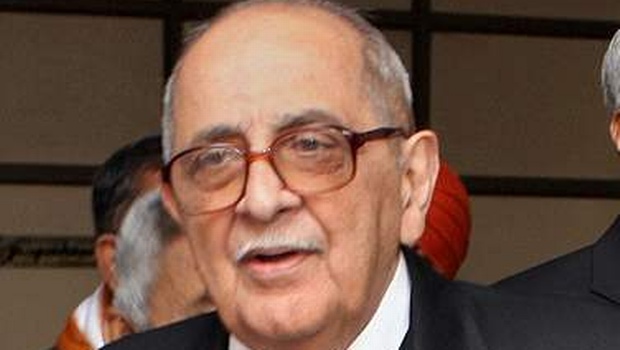 During the hearing, appearing for the lawyers’ body, senior advocate Fali S. Nariman requests to know how the Centre had gone about with the recommendation. He cites the Memorandum of Procedure (MoP) for appointment of a high court chief justice and says, “The Centre at best is a distinguished communicator. The MoP requires the Union law minister to obtain the views of the concerned state government.”

The role of the law ministry is, thus, limited to obtaining the views of the concerned state government.

On August 2, 2019, the Supreme Court’s order says, “(The) learned Solicitor General submits that [the] decision of the appropriate authority of the government will be taken within a week of the closure of the ongoing parliamentary session. Matter be listed on 14.8.2019.”

On August 16, 2019, the Supreme Court’s order says, “(The) learned Solicitor General submits that the decision of the government on the recommendation of the collegium will be communicated to the collegium

“Matter be listed on such date that Hon’ble the Chief Justice on the administrative side may fix on receipt of report of the Registry.”

“Theits decision in the meantime, as stated by the learned Solicitor General.”

This is where the matter rests on the date of writing.

What does this mean?

I would prefer to leave it to the readers to make up their own mind about what is going on, after reading the above sequence of events but it is appropriate to reveal the identity of some of the dramatis personae involved.

And on this issue, I suppose disclosing just one name should be enough. “Y.M” is Akil Abdulhamid Kureshi. It is he who got an LL.B. degree in 1983, and started practicing as an advocate in the High Court of state A.B.C, meaning the Gujarat High Court. It was he who was prevented from becoming the chief justice, first of the Gujarat high court (by being transferred to the Bombay high court), and now, from becoming the chief justice of the Madhya Pradesh high court (the high court of K.L.M) through the process of sitting (apparently taking no action) on the recommendation of the collegium to appoint him as the chief justice.

Incidentally, the minutes of the meeting of the collegium held on October 29, 2018, say, “The collegium resolves to recommend that Mr. Justice A.A. Kureshi, Judge, Gujarat high court, be transferred, in the interest of better administration of justice, to Bombay high court” (italics added).

And just to complete the record, the minutes of the meeting of the collegium held on May 10, 2019, say,

“Office of the Chief Justice of the Madhya Pradesh high court would be falling vacant, very shortly, consequent upon retirement of Mr. Justice S.K. Seth, chief justice of that high court. Therefore, appointment to that office is required to be made.”

“Mr. Justice A.A. Kureshi is the senior-most Judge from Gujarat high court and at present is functioning, on transfer, in Bombay high court. Having regard to all relevant factors, the collegium is of the considered view that Mr. Justice A.A Kureshi is suitable in all respects for being appointed as chief justice of the Madhya Pradesh high court. The collegium resolves to recommend accordingly” (italics added).

The key issue is why is there a delay in deciding the elevation of Justice Kureshi.

In the absence of any information from government of India about the actual or possible causes of delay, speculation, or rumours, hold the field.

The most prominent and oft-cited reason is also stated in the PIL filed by the Gujarat High Court Advocates Association (GHCAA) in the Supreme Court on July 3, 2019. The GHCAA has said in its PIL that Justice Kureshi’s appointment is being stalled due to political reasons. It gives two instances which, in its opinion, are the real causes of the delay:

(a) In 2010, Justice Kureshi had reversed a special CBI court’s order in th and remanded the present Union home minister Amit Shah in two days of police custody, and

(b) In 2012, Justice Kureshi had upheld Gujarat governor Kamala Beniwal’s (originally a Congress leais a concerned citizen and an advocate.